Crosul Companiilor is a 5k run organized in all major cities in Romania every year. I’ve been preparing for it for the first time in 2012 with the guys from Wolters Kluwer, but it was organized in the same weekend I planned my vacation on. Back then I’ve chosen to go to Greece instead of sweating with the others. And then in every year I had better stuff to do then running, so never participated.

But this year I managed to convince some of my colleagues from Uniqa Raiffeisen Software Service to sign up, some of them have not even run after a bus in the past few years. I try to hit the gym at least twice a week, but I loathe cardio exercises (so I don’t do any) and my resistance is very bad. We’ve signed up in June/July, not even thinking about how fast September would come.

But it came… we woke up 2 weeks before the event, and tried to convince each other to try to run 5k at least once before the race. It s*cked. Especially because when we were able to run 5k in a reasonable time, the organizers have announced that this year it would be 6 kilometers. Damn, if only I could have a penny for every time my colleagues told me that they hated me… 🙂

But we did it. I won’t post my time here, because it is not relevant this year (yes, quite bad), but it was really nice to prepare together and to motivate each other. I’m pretty proud of us, because we’ve all finished it. I’m wondering how many of my colleagues will join next year, but it was awesome! Even the preparation phase during the afternoons was like a mini team-building. 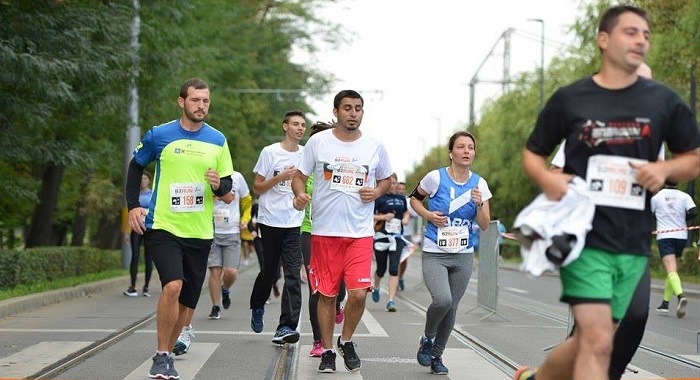 I just hope that next year we’ll start preparing starting from early March, so I would be able to post my time also 🙂